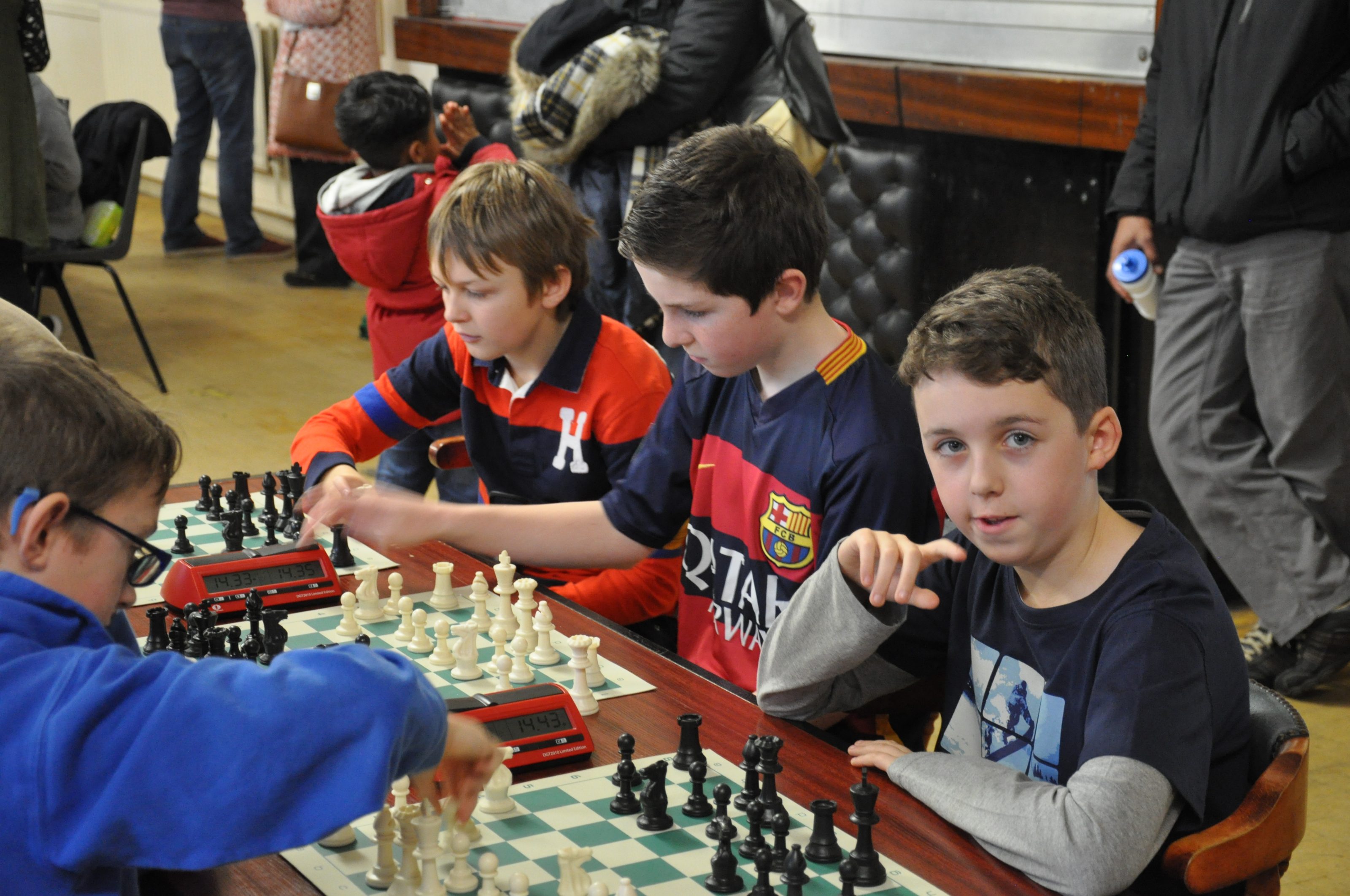 As explained in Part 5: How to Promote Chess Clubs in Schools, Chess Club Ladder Competition is by far the activity that attracts the most attention, most interest and the most students to chess club.

Nothing will improve interest and attendance in a chess club more than a well-constructed, well-displayed and well-functioning chess ladder! 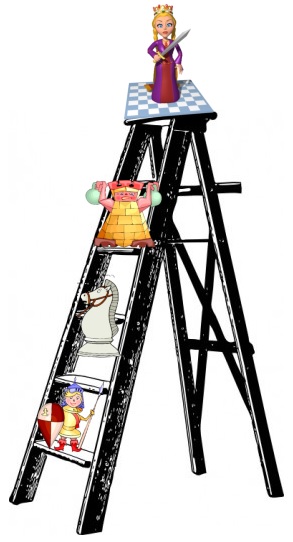 Chess Ladder Competition - How it works!

5/5 Ladder and 30/30 Ladder. Pairings and Chess Ladder Competition will become the focal point of the club. A successful chess club will have two ladders--a 5-minute "5/5 Blitz Chess" Ladder and a 30-minute "30/30 Standard Chess" Ladder.

In a 5/5 Match, students play three games with 5-minutes on each player's clock. For the Challenger to advance on the 5/5 Ladder, the Challenger must win 2 out of 3 games against the Defender. In the case of a tie match, the Defender retains his or her position on the Ladder.

In a 30/30 Match, students play one game with 30-minutes on each player's clock. For the Challenger to advance on the 30/30 Ladder, the Challenger must win only 1 game against the Defender. In the case of a draw game, the Defender retains his or her position on the Ladder.

A Fair Pairing System - How to do it!

Pairings. Besides the obvious interest in the ranking of students' names on the chess ladders, students will be very interested in the system used to make ladder pairings. Students want a sense of fairness in making the pairings--they hope to challenge when they want to challenge. Of course, on any given day due to time constraints, it is impossible for all students to challenge--half of them must defend!

3-Ring Binder & 3x5" Index Cards. First, maintain a 3-ring binder--or a computer data base with a good smart-board presentation--with one page for each student. On that page, have two columns--one for the "5/5 Blitz Chess" records and one for the "30/30 Standard Chess" records. On each line of the respective columns, leave room for the Date, Opponent's Name, Challenge/Defend,  and Result: Win, Loss, Draw.

Index Cards. Next, write every student's name on a separate 3x5" index card.

Making The Pairings. First, check for students who have defended three times in a row--the students will let you know! In other words, they have not had the opportunity to challenge during the last three pairings. These students are usually the higher-ranked students who have been defending their positions.

Finally, make the pairings, record them, and after the match, note the results, and make the changes in position on the Chess Ladder. In time, students will be able to manage the pairing system themselves, record the results, and make the changes on the Chess Ladder. Also in time, the three-ring binder will hold great interest for the students because their Won, Loss and Draw records will be stored there!

NEXT> Part 4-4: Chess Club Quad Tournaments - Blitz!  will introduce fun competition into the chess club, and give more opportunity to more students to compete at their level to win prizes than any other activity!